A Chocolate Service with a Wooden Box of Packed Chocolate, two lacquered Gourd Drinking Bowls, a Wooden Milk Whisk, Napkins, a Spoon and Pastries on a Pewter Plate 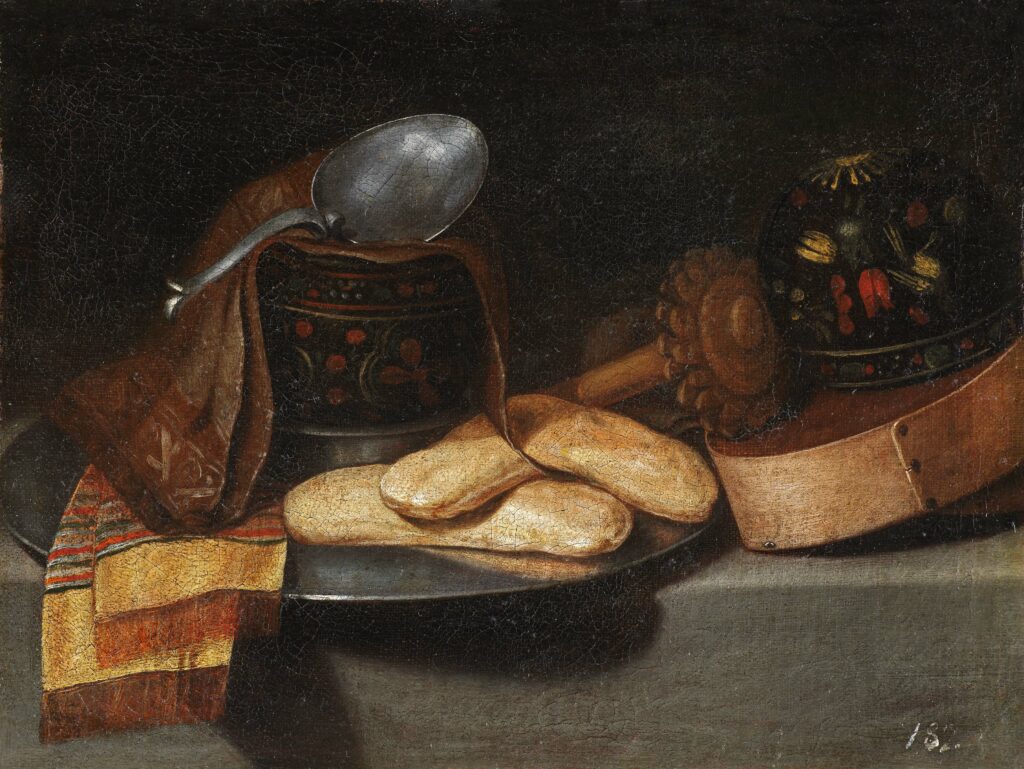 The present work is a recently rediscovered painting and a rare addition to the oeuvre of Juan Van der Hamen y León. This wonderful composition represents a chocolate service: a round, wooden box tilted at an angle, two black lacquer drinking cups and a wooden whisk for blending melted chocolate with milk. By the 17th century, chocolate became a popular commodity following the Spanish colonization of Mexico. The napkins and the drinking cups are also reminiscent of the New World with their mimic patterns; these were very much in vogue at the time. We are grateful to Jaime Barrachina at the Museu del Castell de Peralada for his supposition that our painting is the earliest depiction of chocolate drinking items in Spanish painting.

Antonio Ponce, one of the most promising assistants in Van der Hamen’s workshop, quoted his master’s composition in a larger still life, see below. In fact, in his early career, Ponce was known to create still life pastiches, combining various elements, each of his master’s invention. The present work, with its sensitivity of brushwork, is without a doubt a lost original by Van der Hamen which his student repeated for his own compositions.