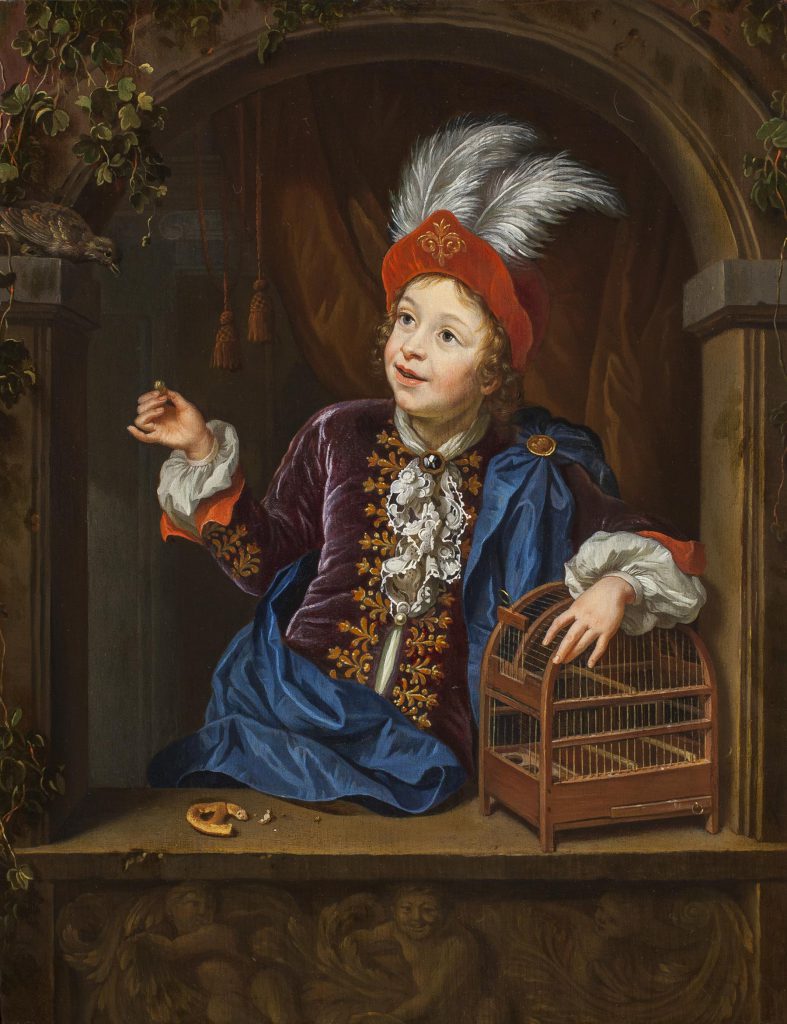 This painting is a likely pendant to the signed and dated work of 1695 by Van der Wilt, which depicts a girl leaning out of an identical arched window, feeding a parakeet and dated 1695. That panel, of the same dimensions, was sold at Sothebys, 26th June 1974, lot 51, but if the paintings were originally a pair they must have been separated by at least 1801, when our picture was sold at Christie's. 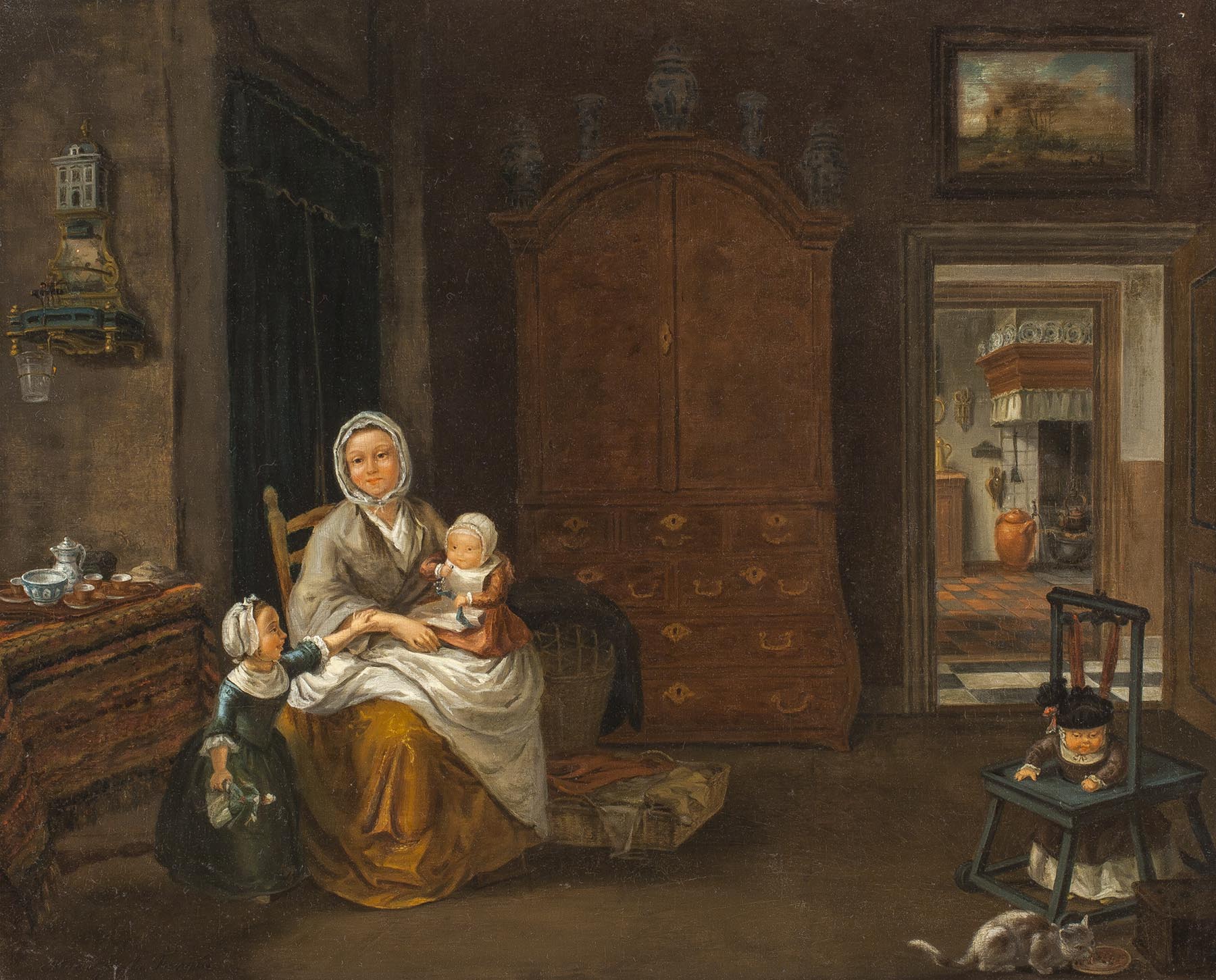 The Rich and the Poor; Studies of society in painting from the 17th to the 19th Centuries