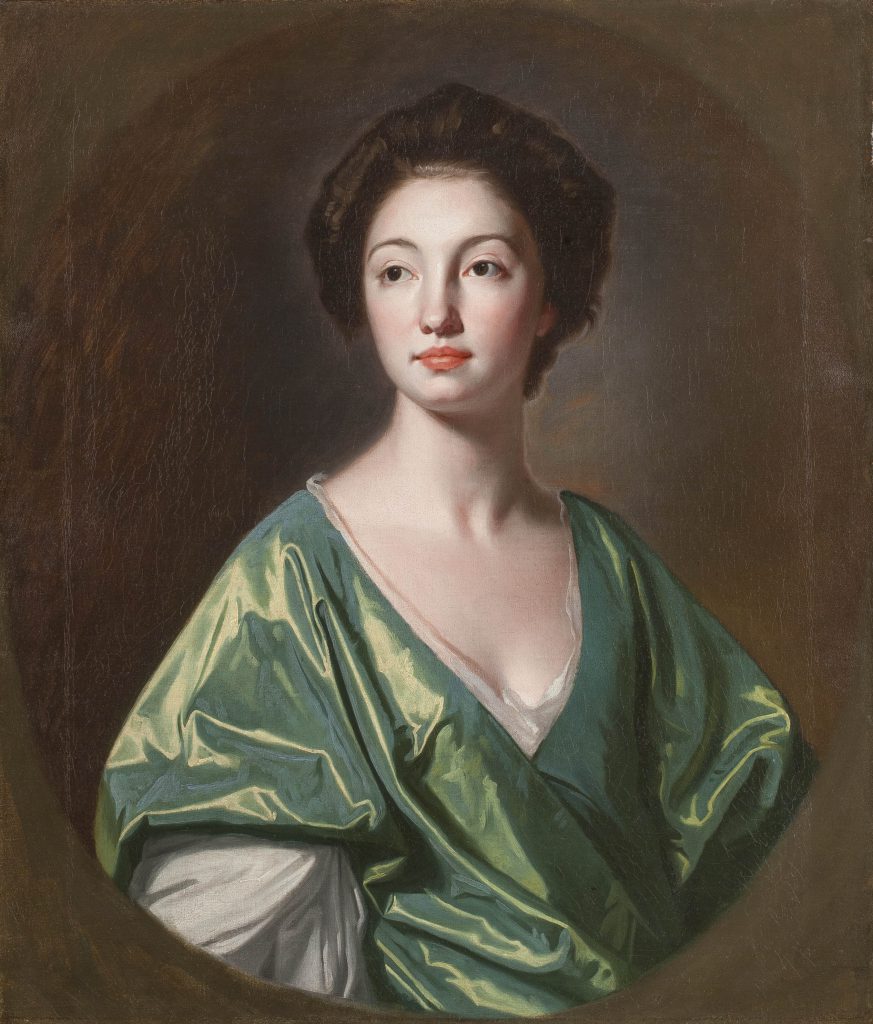 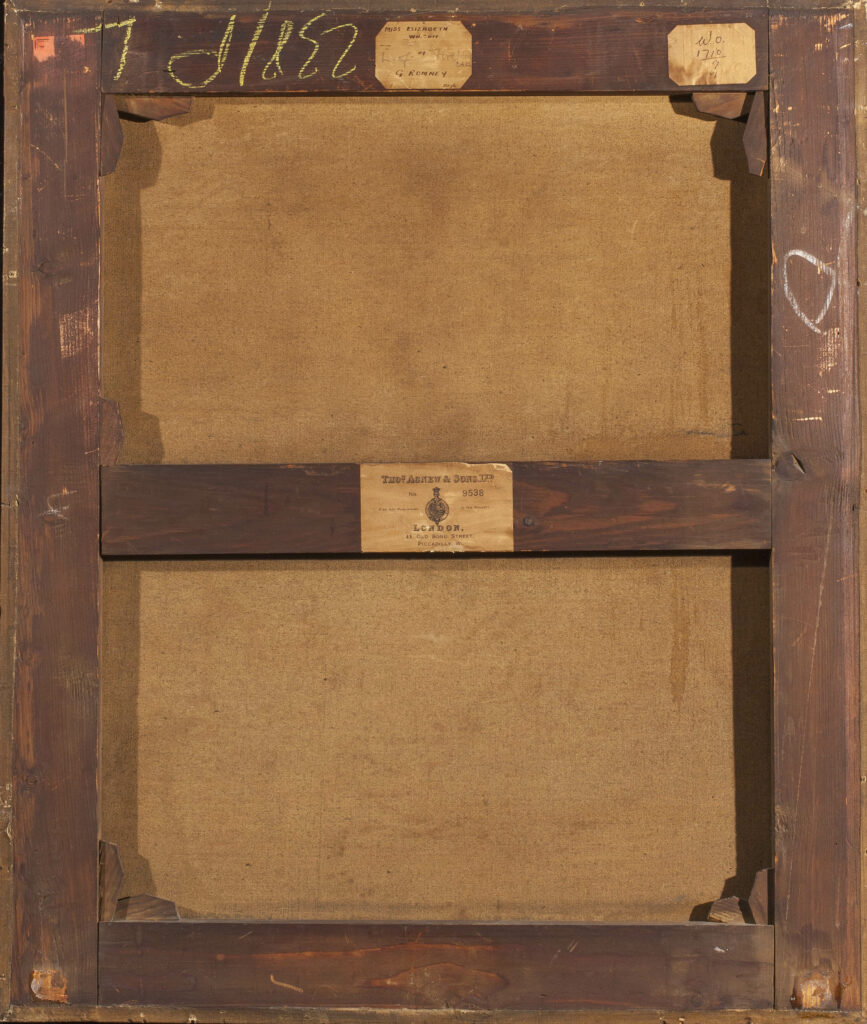 Dating from his second trip around the north west of England in 1767-68, this painting is included in his 'north-western sitters' notebook of that date. Mary is mentioned as 'Miss Wilson' directly under the names of her parents, Henry and Elizabeth (née Greenbank of Carnforth) of Over Kellett.

The portrait had remained with its pendant, a portrait of Mary's younger sister, Elizabeth, until the sale at Sotheby's in 1983. They were said to have been commissioned by Dr James Ainslie, who had married Mary as his second wife. The couple had no children. Elizabeth remained unmarried at her death in 1818.

Painted for the sitter's future brother-in-law, Dr Ainslie (?);
by descent to the Reverend L.W.Greenshields;
from whom purchased by Agnew in December 1937 and wrongly identified as Elizabeth Wilson;
Collection of H C Clifford-Turner from July 1938;
his sale, Sotheby's, 6th july 1983, lot 237;
with Thos. Agnew & Sons Ltd, March 1984;
where purchased by the previous owner, Private Collection, London