Le Lever; a Portrait of a Lady reclining by Candlelight 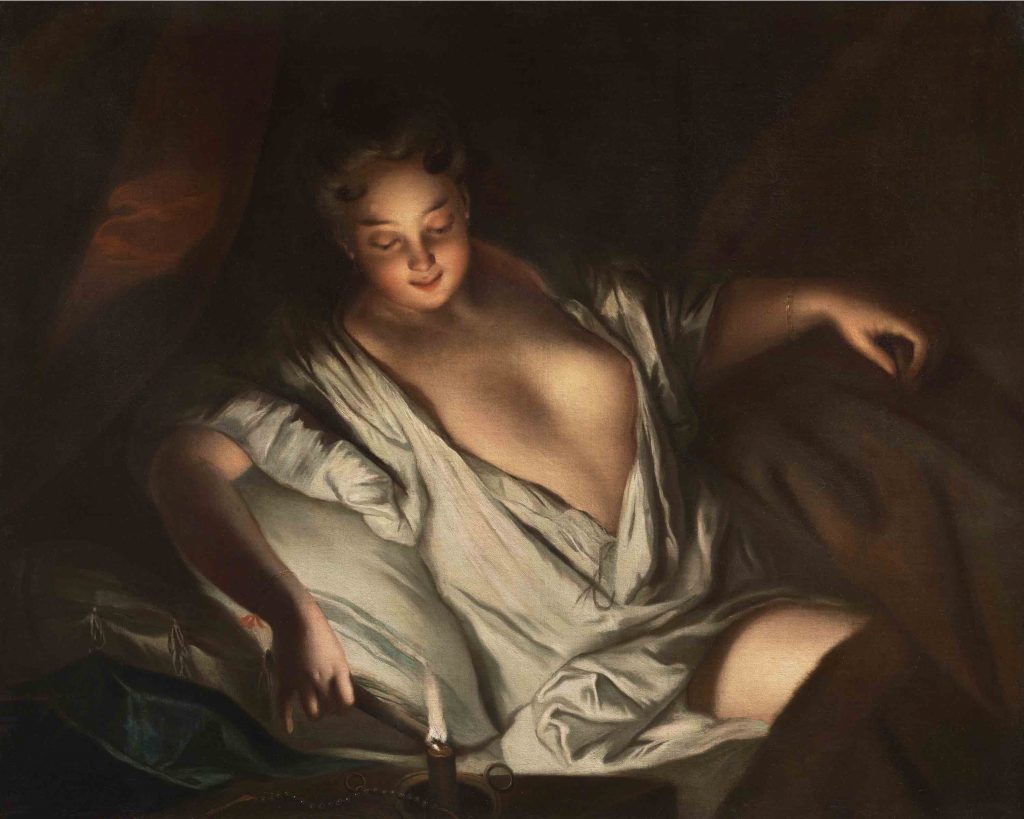 Pen Moel is an Arts and Crafts house that was demolished and rebuilt in 1890 into its current form by the Phillips family, textile manufacturers and merchants from Manchester. In 1878 Margaret Phillips married William Edwin Price and it was these two that demolished the original house and built the house as it stands today. In 1891 Margaret Price was running the Price family timber business. The house was sold by William (Margaret's younger son) and Anna-Marie (her half-sister) in 1934 to Sir Holburt Waring. Waring was a talented surgeon and was President of the Royal College of Surgeons from 1932-35. He had been awarded the CBE in 1919, knighted in 1925 and created Baronet in 1935.