The Holy Family with Infant John the Baptist, a double-sided study: recto an oil sketch on laid paper; verso pen and ink over graphite 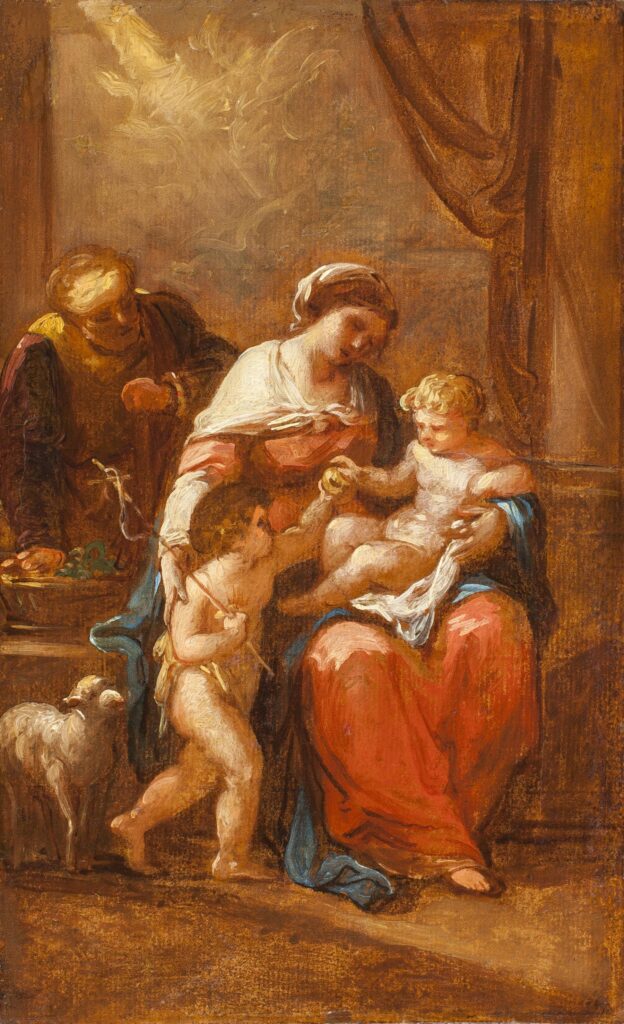 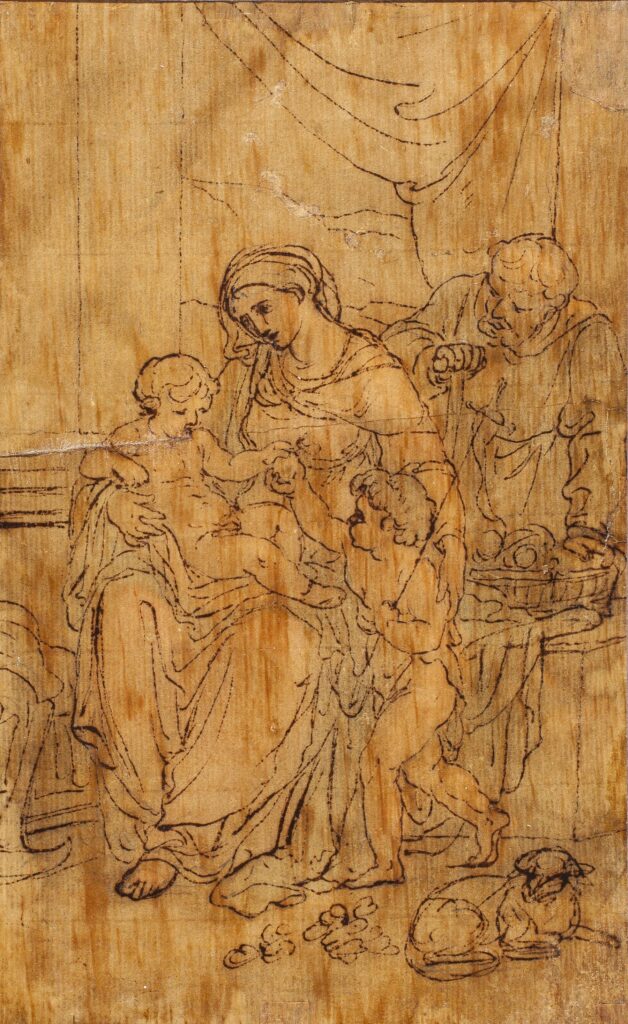 This beautiful study is one of only few religious depictions by Angelica Kauffmann who mainly devoted her work to portraits, mythological motifs and themes of Greek mythology. The artist used to prepare a work by way of a design in pen and brown ink on transparent paper which she then transferred to an oil sketch for the painting. The depiction may have been intended for an altar painting in the Cappella Colleoni in Bergamo, which Kaufmann executed for Bartolomeo Colleoni in 1789.

Angelica herself offered the drawing to Willem Anne Lestevenon, the Dutch politician and important collector, in Rome circa 1789. Lestevenon subsequently sold it to the Marquis de Lagoy, the great drawings collector. His collection mark is just visible in the bottom right of the sheet.

Dr. Bettina Baumgärtel has confirmed the attribution and will include the sketch in her forthcoming catalogue raisonné on the artist. We are also grateful to Béatrice de Moustier for help in identifying the drawing in the collection of Lagoy and her subsequent help with expanding the provenance. She will shortly publish the drawing in her forthcoming publication on his collection.