A Trompe L’Oeil of a Wall Cabinet with a Violin, a Hunting Horn, Writing Implements, Silver Gilt Dishes and Engravings, the Glass Doors half opened 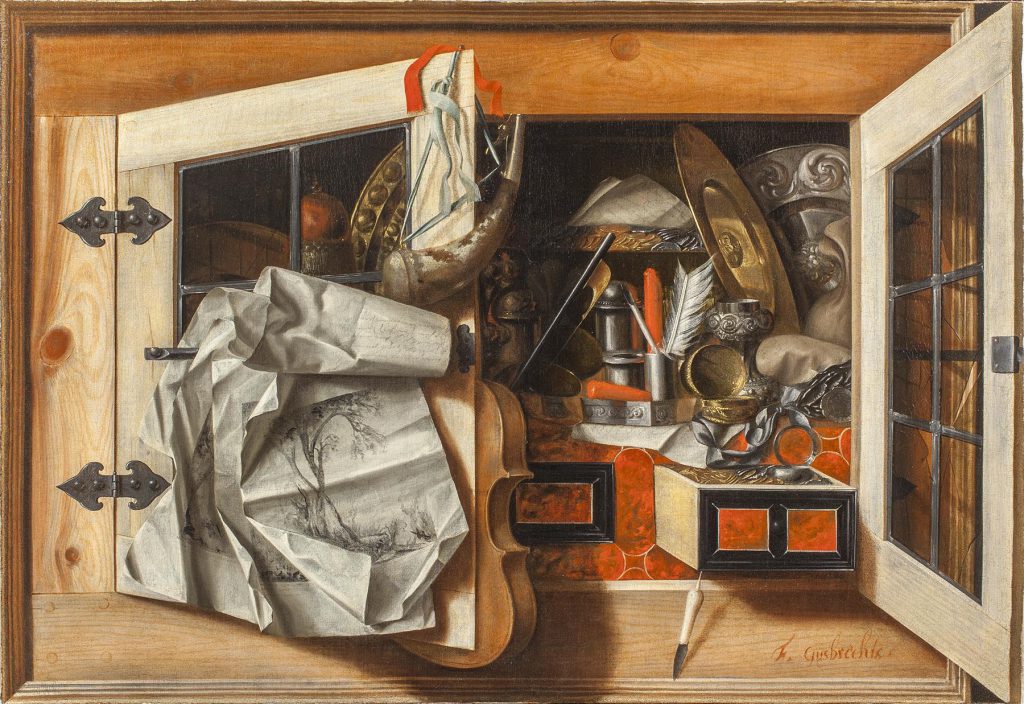 One of the more elaborate compositions in Franciscus' oeuvre the painting is the epitome of the collector's cabinet and a more personal form of the Wunderkammer. His father's use of the clever conceit of a half opened cabinet tended to be somewhat simpler and Franciscus took it a step further, making it a more complicated arrangement.