A View of the Zijlpoort, Leiden 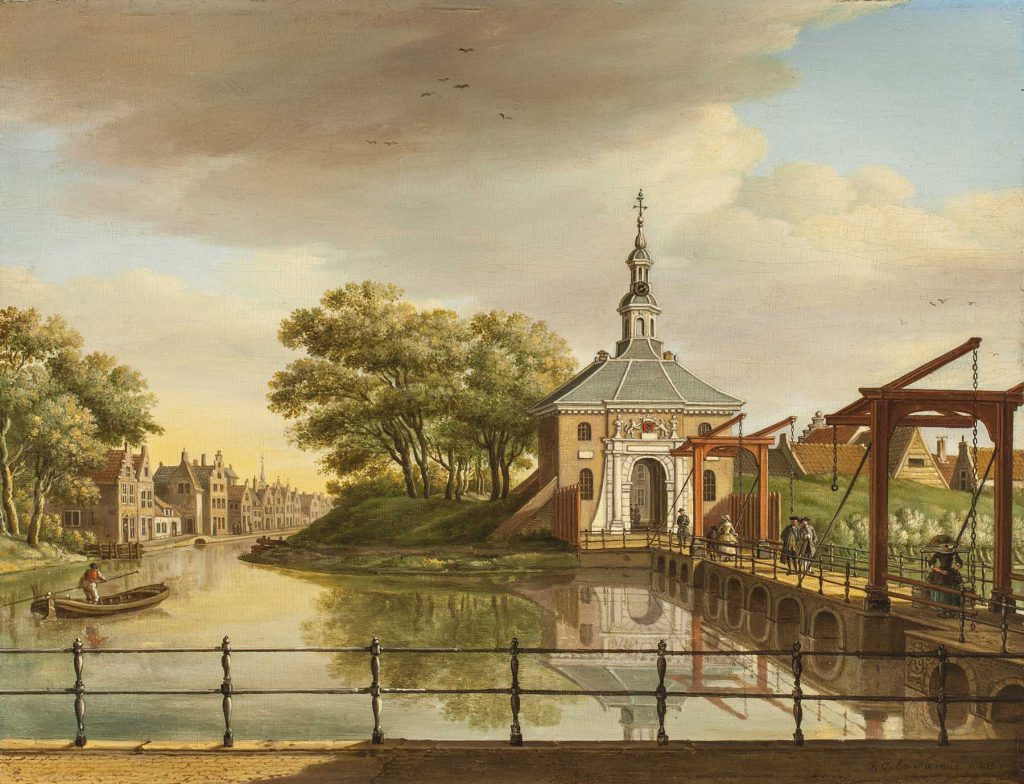 CIty gates were often a hub of activity with travelers and merchants with their wares passing through, and they held particular topographical fascination for La Fargue in terms of the sheer variety of architectural shapes and forms they assumed. Two such examples from the city of Leiden are recorded in these paintings: the Zijlpoort and the Witte Poort.

Built in 1667 to the design of the city architect WIllem van der Helm (1628-1675), Zijlpoort is one of only there of the original gates of Leiden to have survived, and is an elegant example of van der Helm's classicizing style.

There had been a gate at Witte Poort in Leiden since the Middle Ages and La Fargue's painting records the gate as it appeared following its 17th Century restoration. Just south of the gate was the De Rijn mill, owned by the father of Rembrandt, which survived until 1730 -sadly not long enough to have been recorded in La Fargue's view. The Witte Poort was unfortunately demolished in the 1860s.

We are very grateful to Charles Dumas for his kind assistance with these paintings. 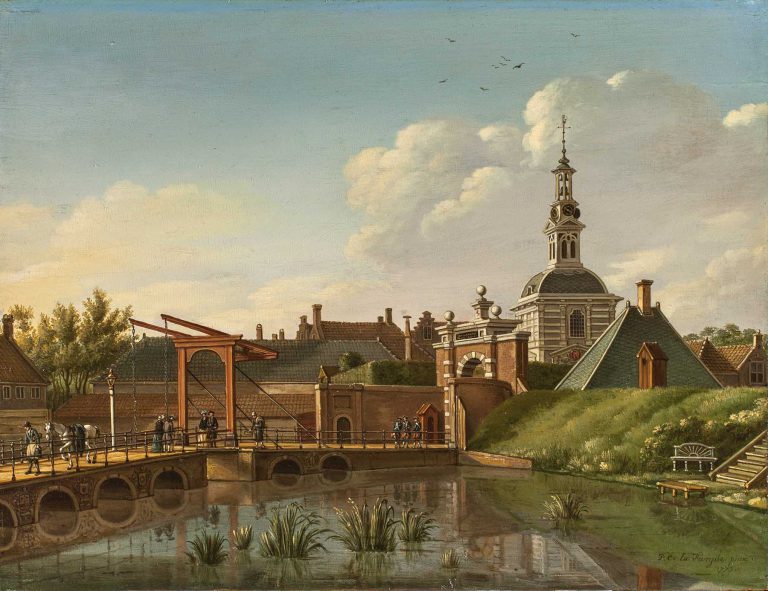 A View of the Witte Poort, Leiden